Nelo di Quattro is a son of Caluna di Quattro (Windsong’s Legacy) and the excellent producer Muscle Mass. Because of an injury Caluna had to end her career already at the age of three. The offspring of Windsong’s Legacy are particulary notable for their fighting spirit.

In Sweden Caluna is already the mother of the good performers Kimi,- and Lukaku di Quattro.

Muscles Mass is an outstanding producer for many years now, in the US as well as in Europe. His offspring have a very high starter percentage. His most famous offspring is of course the fabulous Six Pack.

Nelo di Quattro has been sold at the Kriterieauktionen to Anders Zakrisson AB. We wish them good luck with Nelo’s career 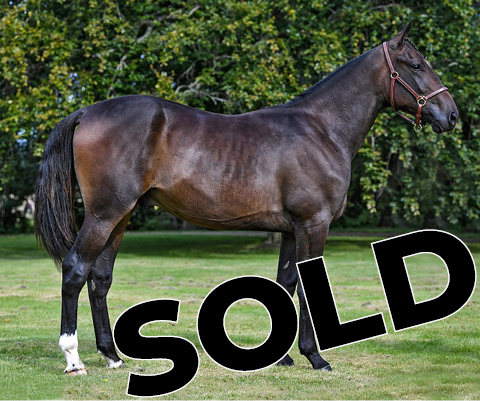